Tea. Compared to many other beverages, it seems simpler, cheaper and healthier. But as I mindfully drink my tea I become aware that there is much more than meets the eye. 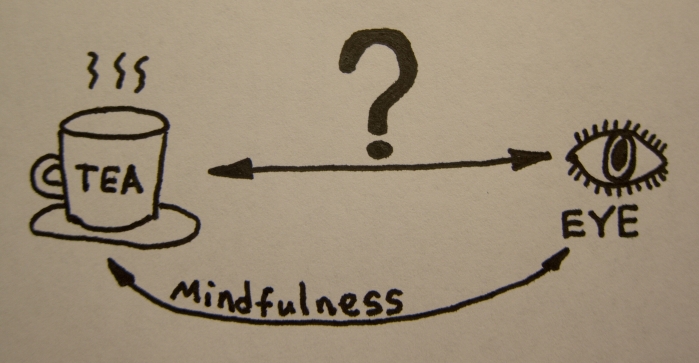 Tea has served as a medicine and tonic and it has helped monks stay alert during long hours of meditation. Friendships have been forged and tempered through the sharing of this humble drink. Cultures have developed both casual and intricately codified ceremonies around the drinking of tea.

Tea has been and continues to be a product of immense commercial importance. It has been exchanged as currency and demanded by kings as tribute. The tea trade helped build the largest corporation in the history of the world. The “opium wars” of the 19th century were certainly “tea wars” as well.

Consider some of the various factors involved in creating a cup of tea: sunshine, rain, soil; often fertilizers and pesticides; the dexterous hands of tea pluckers toiling away at subsistence wages; the oil needed to transport tea from Asia to Europe or North America. We tea drinkers find ourselves at one end of a vast and complex supply chain.

But the end is also the beginning. Sharing a cup of tea, we begin a new friendship. Our spent tea leaves, as compost, transform into new buds, flowers and fruits. And since it’s the beginning, the best is yet to come.

There you have it. So much to explore in that simple cup of tea!

Rose, Sarah. 2011. For All the Tea in China: How England Stole the World’s Favorite Drink and Changed History. New York: Penguin Group.